A visit to the Château de Chenonceau 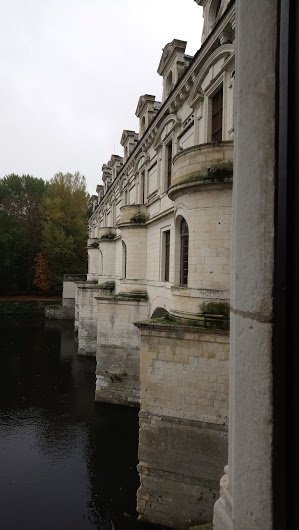 I have learned that there are seven women who played an influential part in the history of the Château de Chenonceau. 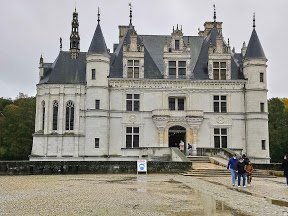 Katherine Briçonnet (1494-1526) was the owner of the Château and she was the first to develop it. She gave it an Italian touch.

Diane de Portier (1499-1566), was famous for her beauty, intelligence, and business sense. She was the favourite of King Henri II who gave her the Château. With good taste she beautified it, both jardins and the building. She built the celebrated bridge on the River Cher. The Château was well-known for its uniqueness and modernity in design.

Catherine de Medici (1519-1589), the widow of Henri II, became the ruler of France after his death. She sent Diane away and took over the Château. Further developments were made to increase its extravagance.

Louise of Lorraine (1553-1603), wife of King Henri III, upon his death took the Château as her place for mourning. Louise spent her days in prayers, reading and charity. The Château ended its status of royalty at her death.

Louise Dupin (1706-1799), revived the Château to its glorious state. During the Age of Enlightenment she turned it into a salon for poets, writers, scientists and philosophers. She even managed to save it from the Revolution.

Marguerite Pelouze (1836-1902), a descendant of the industrial bourgeoisie, was eager to bring it back to the magnificent state as Diane had developed it. An unfortunate somber political affair caused her the loss of the Château. Since then, it has been sold twice.

Simonne Menier (1881-1972) was a matron at the time of World War I. She, at her family’s expense, turned the two galleries into a well-equipped hospital for the wounded soldiers and over 2,000 were being looked after. A brave lady, she also helped the resistance during World War II.

The Château, during the occupancy of these seven women, underwent changes according to each’s preference, each’s requirement. It is not only famous for its extravagance but the stories behind these women are significant. The visit was well worth, I not only enjoyed the exquisite furnishings but also learned a bit of the Château’s history.